"For tho' from out our bourne of Time and Place

The flood may bear me far,

I hope to see my Pilot face to face.

When I have crost the bar."

In thinking about the experience of tending bar for many years in many places, I did come to a point when I was obliged by myself to find some meaning in what I was doing in my work and also what the customers were doing in their play. I needed to find some salient meaning in the connection that we had for each other and figure out why the bar was such an attractive social construct.

History told me that our human race had for thousands of years been gathering at places like rock slabs, fallen trees, grottos and glens, to cook, eat, drink, talk, smoke, laugh and lament --- even to invoke the deities by drinking spirits and seeking congregation with their fellows. And it happened with just about every people and every tribe from the Hebrew prophets, the Greek dramatists, the knights and ladies of the Middle Ages, the artists of the Renaissance, through the last 300 years up to the present day.  These places and people and practices established union and communion not only with each other, but also with something larger than they ---- with their gods or ancestors or universal spirit or life forces whether knowable or unseen. Introibo ad attore Dei (I will go to the  altar of God) 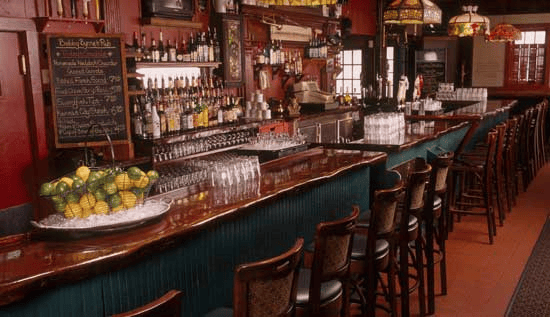 I had a half-baked theory about this deep connection to the bar, formed after asking myself why people are drawn to the bar for reasons beyond food and drink, why they come for other than the obvious reasons: Maybe it's mystical. Maybe it's deeply mystical and deeply primitive.

As the wisdom teeth and the appendix are phylogenetic hangovers on the evolutionary scale, perhaps there also exists psychic phylogenetic hangovers--- sneaky impulses, needs, wants, and imperatives that reside in the primitive brain. Because man needs order or structure and , especially, form to arrive at meaning, he has for thousands of years been going to an altar or something like an altar, not only in shape but also in substance. And in this fashion, the bartender becomes a sort of leader or even a lay priest administering to these supplicant-customers. He sometimes hears confessions, gives advice, pardon and absolution to those who have misbehaved in word and even in deed. He mixes certain spirits and serves these supplicants. He serves the alcohol that causes the transubstantiation to occur, that particular communion of the bar rail which invites humans to each other and maybe something larger and greater than they are.

"And let he who thirsts come, and he who wishes, let him receive the water of life."

Thus, the bartender had saddled himself with a vocation. He sings a mass, a bizarre mass for contrition and communion--- a drama, action and dialogue, desire, praise, petition. To be "86'd" is to be excommunicated and sanctuary is sought in another saloon. Mea culpa, mea culpa, mea maxima culpa.Last call is an involuted Ite missa est  that brings them into the reality of it being time to go home. The bugle behind the bar reminds them of "Taps", signifying the death of that day and perhaps a resurrection tomorrow. 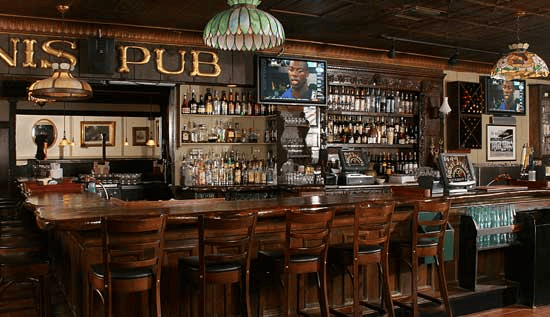 So--- to me the bartender is a lot more than a greeter or a host or a mixer and server of drinks. Because of the intimacy of the bar and his direct connection with the customer, he can be many things: a lay priest, a Grand Inquisitor, an Olympic Overseer, a Devil's Advocate and a Philosophical Commentator. He is force and reflection, Ahab and Ishmael, Abbott and Costello, Oedipus and Teiresias, Jekyll and Hyde, fat squire and lean knight, Norman Rockwell and Norman Mailer. He is the walrus and the lion and the lamb. He is the Flim-Flam Man of a wee cosmos.